Our Club membership director Graham is the first Club director to head out on the road to make the journey to our national muster in October in Denmark, Western Australia.  Graham and his wife Kaye left their Queensland Sunshine Coast home today and will journey south-west through New South Wales to South Australia, then across the Nullarbor.  Keep an eye out for them on the road.  They would welcome you to come and say hello. 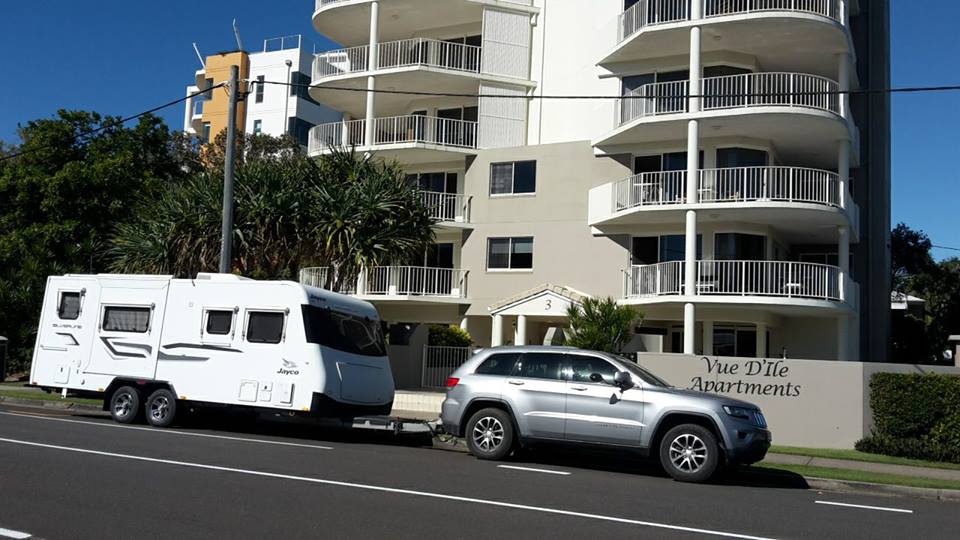 A recall notice has been issued on 11 Mazda BT-50s available for sale nationally on 30 April 2018.

To see if your vehicle is affected or for further information, go to https://www.productsafety.gov.au/recall/mazda-australia-pty-ltd-mazda-bt-50-4 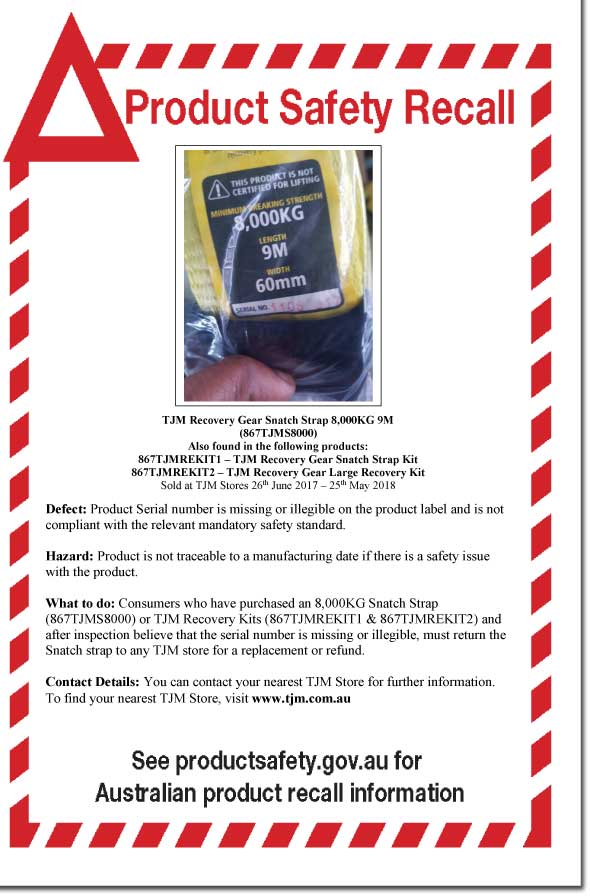 Recall on Ford Everests and Rangers

The recall notice states that ‘in certain affected vehicles, the intermediate steering shaft weld may not met required specifications, which may cause the steering column to detach from the steering gear.  This condition could result in a loss of steering, increasing the risk of accident or injury.’

To read more or to see if your vehicle is affected, go to

While welcoming the 40% reduction in private motor vehicle tax on caravans and camper-trailers announced by the New South Wales Government last weekend, there are other pressing issues affecting recreational vehicle owners (RVers) in New South Wales.

On Saturday, New South Wales State Treasurer Dominic Perrottet and Minister for Roads, Maritime and Freight Melinda Pavey announced a 40% reduction in motor vehicle tax for private caravan owners for caravans up to 4.5 tonnes which will come into effect on 1 November 2018.

Our ACC Chairman Craig said that the 40% reduction will be appreciated by families, pensioners and self-funded retirees.  “Our Club also acknowledges that New South Wales has some of the most generous registration provisions for pensioners than any State.  Anyone even on a part pension receives free registration for one vehicle each year.”

“Our Club lobbied the New South Wales government back in 2014 pleading for a reduction in the high registration fees on caravans in that State,” Craig said.  “Our pleas fell on deaf ears at the time.”

“However, our Club questions what the New South Wales Government is doing to align the State with other States such as Victoria when it comes to setting registration fees on caravans and camper trailers.”

“Compared to other States, the New South Wales registration fee for private caravan owners is over-priced, placing an unfair burden on caravanners.”

Craig said that the higher caravan registration fees was only one issue affecting RVers in New South Wales that requires attention.

“The New South Wales Government needs to start doing something to improve not only the number of roadside rest areas, but the allocated space available in rest areas for RVs,” Craig said.

“We have truckies and RVers vying for space in rest areas.  Some of the angst that is arising between truckies and vanners at rest stops is the result of inadequate space and number of rest areas currently available for RVers along New South Wales highways.”

“While RVers acknowledge that truckies operate on a time schedule and must have regulatory rest stops, RVers too need fatigue management.”

“If the New South Wales Government is serious about helping caravanners, then they need to improve the availability and size of roadside rest areas to accommodate the travelling RVer for overnight stays and fatigue management,” Craig said.

The ACC has recently called for a summit of interested stakeholders in a major effort to resolve issues between truckies and vanners on the road and develop protocols under which both road-user groups can work.

“All affected stakeholder groups need to collaborate together, be working off the same page and at the same time, be delivering the same message.  At the moment we are seeing several stakeholders including our own Club using individual resources, at times with slightly different messages, that are not reaching the full targeted audiences,” Craig said.

DexKo Global Inc., known for its trailer running gear and chassis assemblies and related components, has announced that it has signed a definitive agreement to acquire G&S Chassis and Hume Caravan and Camping Accessories to expand its Australian operations.

Fred Bentley, CEO at DexKo Global said: "We are excited to welcome the G&S Chassis and Hume teams to the DexKo organization. These acquisitions allow us to expand into chassis manufacturing and supplying an even more diverse range of products in Australia through the integration of two leading businesses.”

“At G&S Chassis and Hume, we are very proud of the legacy we have built for over 40 years. Becoming part of the DexKo family will allow the business to continue to grow with the backing of the industry leader.  “I am confident that uniting with DexKo will be very beneficial for both our customers and employees,”  Mr Inturrisi said.

The recall notice states that as the airbag inflator ‘gets older, a combination of high temperatures and humidity can cause the airbag inflator propellant to degrade.  If an affected vehicle is involved in a collision triggering the airbag, the metal inflator housing may explode/rupture under too much internal pressure.’

The notice states that in the event that a defective airbag inflator ruptures, metal fragments may propel out through the airbag cushion towards the vehicle occupants causing serious injury or fatality.

Owners of affected vehicles are urged to contact their local Ford dealership or Ford head office directly via the website at https://www.ford.com.au/owners/contact-us/(link is external) to arrange for a replacement airbag inflator free of charge.  Consumers who are unsure whether they are affected can also contact Ford on 13 FORD (13 36 73) or contact their preferred dealer.

For further information and to see if your vehicle is listed on the recall notice, go to:  https://www.productsafety.gov.au/recall/ford-motor-company-of-australia-limited-ford-courier-econovan-and-ranger